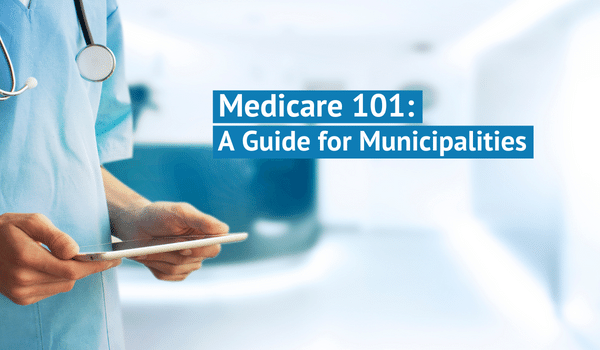 Medicare is a national health insurance program that is typically available to people age 65 and older unless they meet the requirements for early eligibility. As a municipality, Medicare can help you reduce healthcare (OPEB) costs if you have a plan in place to migrate retirees once eligible.

In general, retirees enrolled in active plans cost municipalities more money because the plans are pricier, the care is more costly, and it’s not subsidized by the federal government. Not only would it save your municipality money, but most retirees will benefit as Medicare Supplement plans are nationwide so it’s easier to find doctors and treatment facilities (unlike Medicare Advantage plans).

Defining Medicare Parts A, B, C, and D

Medicare has four parts: Parts A, B, C, and D. Parts A and B are known as Original Medicare, Medicare Part C is known as Medicare Advantage and Part D covers prescription drugs.

Medicare Part A covers hospital insurance. It covers the most common hospital expenses such as room stays, hospice, home health care, and even skilled nursing facility stays. Part is free for most people as long as they’ve worked in the U.S. or are married to someone who is at least 65 years old and meets the requirements.

Medicare Part B is for any outpatient services that are determined to be medically necessary. It includes coverage for services like office visits, lab testing, surgeries, preventative care, ambulance rides, chemotherapy and radiation, and more. Think of Part A as inpatient care and Part B as outpatient care.

Parts A and B make up what’s known as Original Medicare. Most retirees who qualify for Social Security or Railroad Retirement Board Benefits receive premium-free Part A Medicare coverage (aka “hospital insurance”), but have to pay for premiums for Part B (aka “medical insurance”).

Costs of Medicare Part B

The rates are determined according to the Social Security Act each year. For 2022, the Part B monthly premium is $170.10 (which will drop to $164.90 for 2023). While this seems like a straightforward rate, there are some exceptions to note for those with low/high income.

Those that have a higher income, could be subject to a surcharge known as IRMAA (Income Related Monthly Adjustment Amount). If their Adjusted Gross Income (AGI) from 2 years ago is over a certain amount ($97,000 for individuals as of 2023), then they may be charged a higher premium. This means that they could pay up to $560.50 per month for Medicare Part B (if they earn more than $500,000 as an individual or $750,000 annually for jointly filed returns).

It’s calculated annually so if their income fluctuates from year-to-year, then their IRMAA status could change.

See all the 2023 premiums, deductibles, and coinsurance amounts for Medicare here.

Learn more about the costs of Medicare here.

Medicare Part C is different from the other parts of Medicare so it can be confusing. Essentially, Part C is just another name for private Medicare insurance. It’s usually referred to as Medicare Advantage.

Retirees have the choice to choose this plan instead of Medicare. It includes Part A, Part B, and sometimes Part D, all from the same insurance carrier. The retiree would “enroll” in a Medicare Advantage plan during the annual enrollment period (normally 7 weeks in the 4th quarter). Once enrolled, they have “opted out” of traditional Medicare for that year and will be covered by private insurance.

Medicare Part D was created by the federal government to help reduce the costs of prescription drugs. This plan is optional and only available through private insurance carriers that follow rules set by Medicare.

Medicare eligibility starts at age 65 for most retirees (earlier based on early qualifiers). As mentioned above, in order to be eligible for premium-free Part A, they need to be age 65 or older, and they (or their spouse) need to have worked and paid Medicare taxes for at least 10 years in the U.S.

If the retiree doesn’t meet the requirements, then they may be able to buy Part A.

Medicare starts at age 65 for most retirees, but did you know that some people qualify earlier than that? Here are three things that would qualify someone for early Medicare:

If someone has been receiving SSDI and passed the two-year waiting period, Medicare benefits will start automatically on the 25th month.

For all others, Medicare enrollment generally starts 3 months before you turn 65. Keep in mind, there could be penalties associated with signing up late.

What If You Have Retirees Who Aren’t Eligible?

So you might have retirees who are over the age of 65 and not enrolled in a Medicare Supplement plan because they weren’t eligible based on the criteria above.

You can purchase Medicare credits for those employees so that they can take part in the plan. This is known as OPEB Medicare Buy-In. Basically, you work with the Center for Medicare & Medicaid Services (“CMS”) and they will provide you the necessary premiums for Medicare Part A as well as any Part B penalties for late enrollment (if you have retirees over the age of 65).

As mentioned above, a cost-saving measure is to have your retirees switch from your active health plan to a Medicare plan once they are eligible. If you’re not already doing this, you can still make the switch.

The first step is to find out how much your potential savings on OPEB would be if you decided to move your retirees over. From there it’s just a matter of taking a look at your pool of retirees and separating them by who’s past their eligibility date and those that are within the eligibility window or what’s called the Initial Enrollment Period (IEP). There is a 7-month period in which a retiree can enroll in Medicare. This includes the three months before, the month of, and the three months following their 65th birthday.

For those that are outside of the IEP, they may enroll during the General Enrollment Period (GEP) which takes place January 1 through March 31 each year, but they may incur a Part B enrollment penalty.

Now, this is where you’ll have to determine what you’re willing to cover. As mentioned with Medicare Buy-In there is an extra cost to get the “credits” for the retiree, there’s a premium, and Part B penalties and/or Part B premium. It’s pretty common for municipalities to pay the Part B penalties to make sure that each retiree gets moved over to Medicare.

Despite the fees and costs to make the switch, we’ve seen that most municipalities save a significant amount in the long run.

If you have questions, we’d be happy to help. You can reach me or another Odyssey consultant by dropping us a message here.

Whenever you’re ready, here are three ways we can help: About The Author Before coming to Odyssey Advisors, Samantha spent 8 years as a high school math teacher, working mostly with students in low-income, at-risk communities. She users her education background to make sure clients understand the often complex world of retirement benefits... 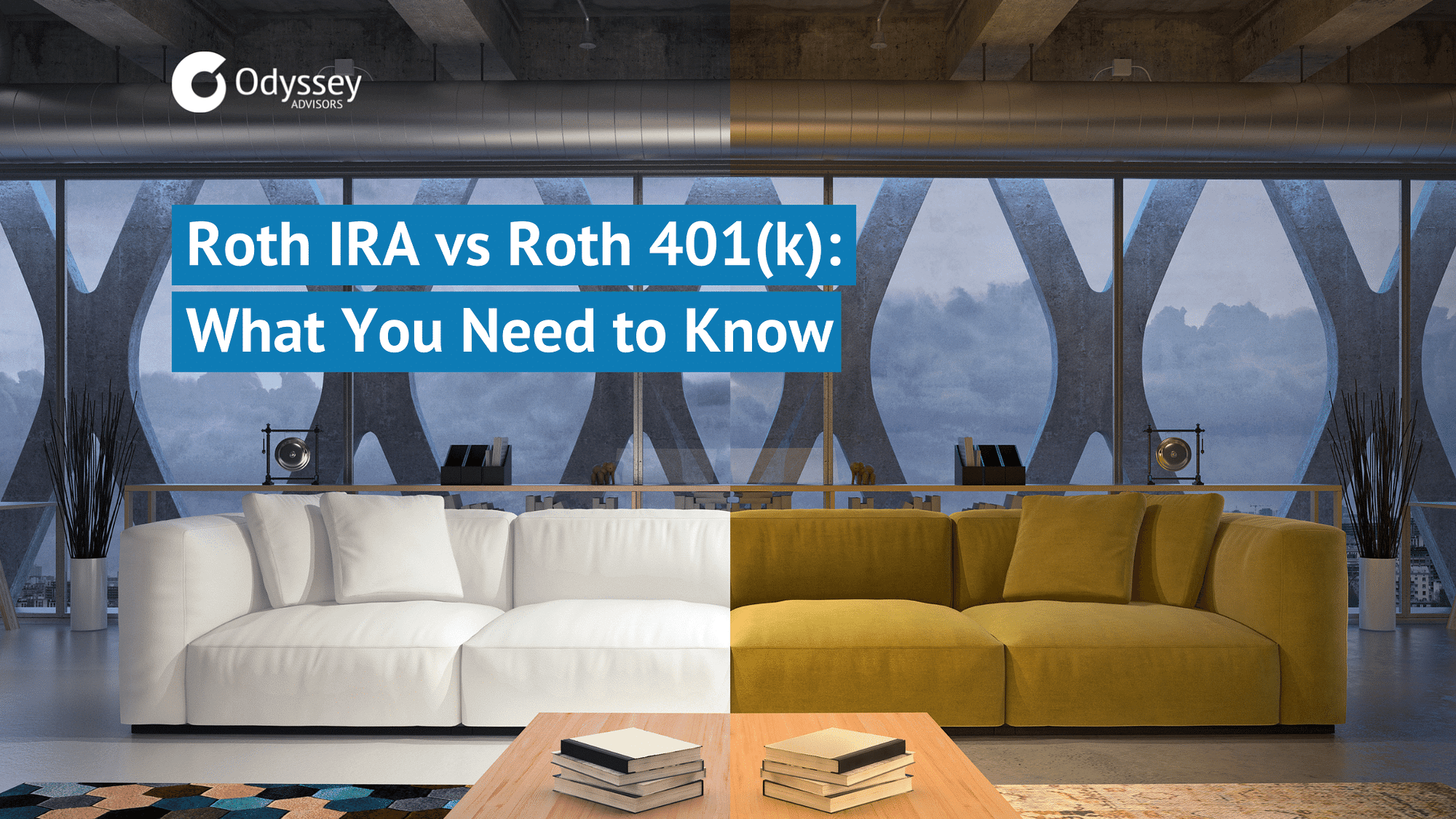 Roth IRA vs Roth 401(k): What You Need to Know
Samantha Schneider 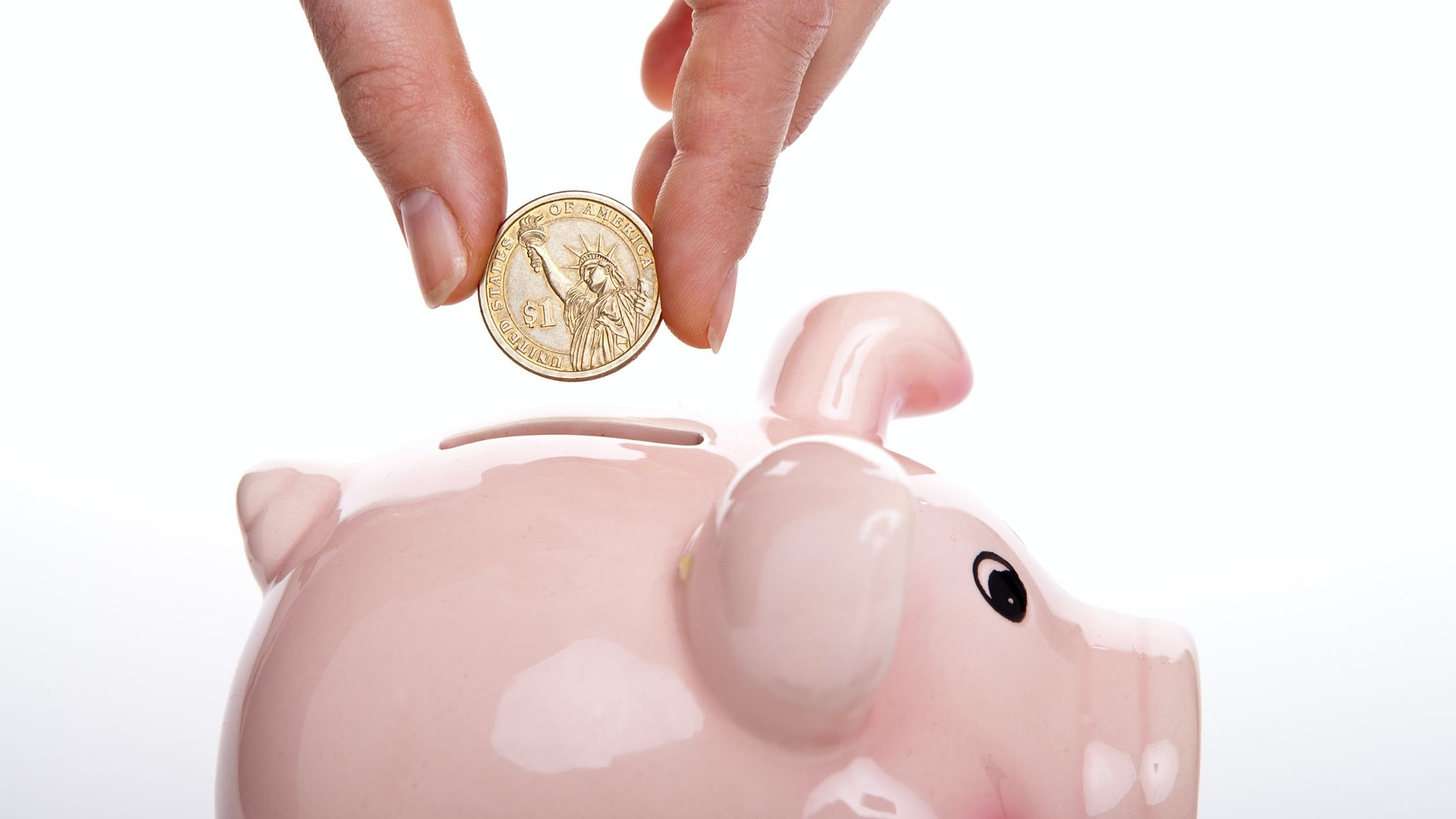 How Often Should You Do an OPEB Valuation?
Samantha Schneider FSA vs HSA vs HRA: Which One is Better?
Samantha Schneider
Share